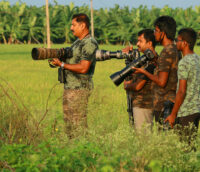 Members of Nature Society of Tirupur visited Gobichettipalayam for bird-watching and photography today. The birding spot was around the irrigation canal near the paddy-fields, which is the prime habitat of Herons, Bitterns, Weavers, Warblers, Prinias, Munias and several other birds.

We sighted the Red Munia ( Red Avadavat ), Yellow Bittern, Cinnamon Bittern and the Bailon’s Crake, which happened to be the first time sighting for us. 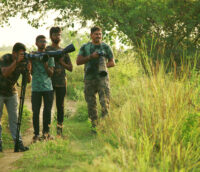 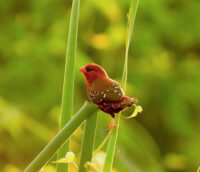 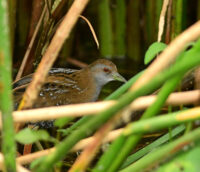